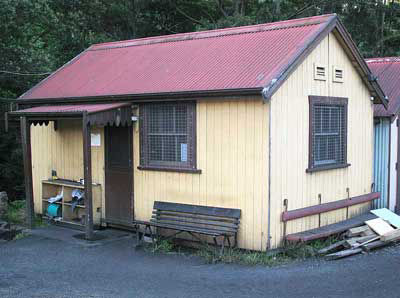 These kits are based on plans of the original VR portable that has its origins from 1919 and various updates in 1947 and 1972.  Basically they were a prefab kit that was deposited on site and assembled with
the minimum of fuss. They were based on the successful VR 20ft Portable station and are basically the same units minus a few features. The portables both the 20ft and 12ft were used for temporary accommodation state-wide to meet housing and crew accommodation shortages and sometimes became permanent fixtures at stations, yards and within the grounds of VR Department Residences. They could be found sitting on timber skids or with stumps depending on the climate and White Ant infestations in the area. 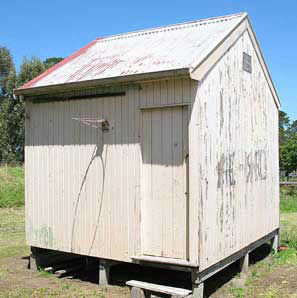 Surviving examples around the countryside have outlived their bigger and more expensive brothers whilst others have found homes as sheds on farms.